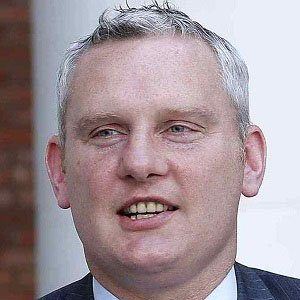 In 2007, this Ulster Unionist Party politician began representing the South Down constituency in the Northern Ireland Assembly and subsequently became his party's Deputy Leader. In early 2013, he left the UUP and remained in the Assembly as an Independent Unionist.

Before launching his political career, he worked as a farmer and became president of the Young Farmers' Clubs of Ulster.

While in the Northern Ireland Assembly, he helped pass a bill known as the Caravans Act that offered protection to those traveling in campers or living in mobile homes.

Born into a Protestant (Presbyterian) family, he spent his youth in Rathfriland, County Down, Northern Ireland. With his wife, Jane, he raised children named Molly and Harry.

He served as deputy party leader following Tom Elliott's election as Leader of the UUP.

John McCallister Is A Member Of