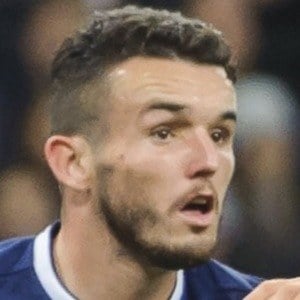 Scottish midfielder who made his debut in Scotland's top soccer league with St. Mirren in 2012. He joined Hibernian of the Scottish Championship at the start of the 2015-2016 season.

He grew up playing for St. Mirren's youth club before debuting with the senior team. He first joined Scotland's U19 team in 2013.

His time with St. Mirren's ended on a sour note after he was injured by Steven Thompson during a prank in 2015. He missed the rest of the season and proceeded to sue the club.

He has two older brothers who have also played professional soccer. His twin sister is named Katie.

He and Kieran Tierney have played together on Scotland's national team.

John McGinn Is A Member Of