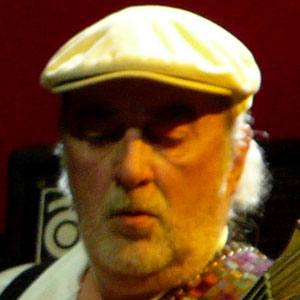 Fleetwood Mac's guitarist who combined his nickname with Mick's last name to give the band its name. His band released albums like Rumours and released singles including "Landslide" and "Don't Stop."

His father got him a bass guitar after McVie decided he wanted to be able to play.

Around the time he was finishing school, he had a choice to go into either tax collection or be a musician.

He married the pianist and singer and their emotional travails became the foundation for Fleetwood Mac's Rumours album.

Stevie Nicks was the lead singer for Fleetwood Mac.

John McVie Is A Member Of