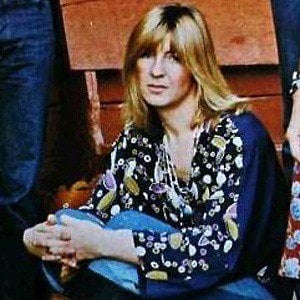 Fleetwood Mac pianist and vocalist who composed many of their hits. She was entered into the Rock and Roll Hall of Fame in 1998.

She wanted to be an art teacher and even took five years of sculpture at a Birmingham art college before getting caught up in Britain's blues scene.

Christine McVie Is A Member Of