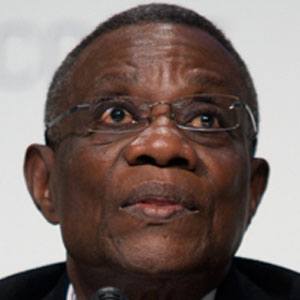 Ghanaian politician who served as the President of Ghana from 2009 until his death. He became the first Ghanaian Head of State ever to have died while still in office.

He spent 25 years as a law teacher at schools like the University of Ghana.

He was an avid sportsman who contributed to the Ghana Olympic Committee and was a big fan of the Manchester United soccer team.

He was married to Ernestina Naadu Mills and had a son named Sam.

Following his death in 2012, he was succeeded as the President of Ghana by John Mahama.

John Atta Mills Is A Member Of