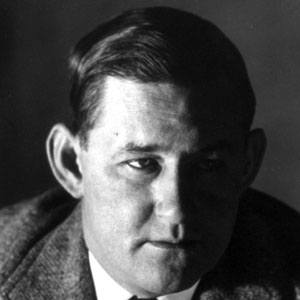 A legendarily cantankerous novelist and short-story writer, he displayed his gift for dialogue in works such as Appointment in Samarra (1934) and BUtterfield 8 (1935). He was also a columnist for Collier's magazine and Newsday.

His books typically focus on the gap between the public displays and the private indignities of the small-town rich.

He was born in Pottsville, Pennsylvania as the eldest of eight children.

Elizabeth Taylor won an Academy Award for Best Actress for her performance in the 1960 film adaptation of O'Hara's novel, BUtterfield 8.

John O'Hara Is A Member Of