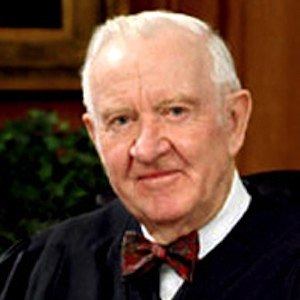 Associate justice of the U.S. Supreme Court from 1975 until 2010. He was one of its longest-serving justices.

His father was a hotelier and lawyer named Ernest James Stevens. He was married twice. He had a total of four children, John, Kathryn, Elizabeth and Susan. He had nine grandchildren and 13 great grandchildren.

He was nominated by President Gerald R. Ford to be a Supreme Court Justice.

John Paul Stevens Is A Member Of