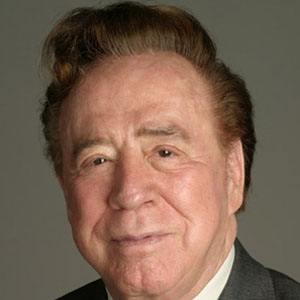 Architect known for iconic hotels and office buildings, including the New York Marriott Marquis and Detroit's Renaissance Center. He expanded his reach to China in 1990 with the Shanghai Centre.

He graduated from the Georgia Institute of Technology in 1950. His firm was commissioned to build the Merchandise Mart in Downtown Atlanta, which it completed in 1961. His first atrium hotel was the Hyatt Regency Atlanta.

His contribution to the Peachtree Center in downtown Atlanta helped transform the city.

His family was residing in Walhalla, South Carolina, when he was born. He married Joan Newton in 1944 and had six children.

He and Daniel Burnham both became well-known architects from New York.

John C. Portman Jr. Is A Member Of