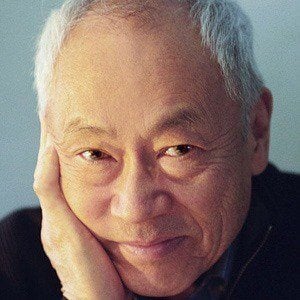 Designer of the National Air and Space Museum in Washington, D.C., the McDonnell Planetarium at the Saint Louis Science Center, and the Independence Temple of the Community of Christ church. Co-founded international architectural firm HOK.

He was almost interned with his family during World War II for being Japanese, but he was able to beat the oppression by enrolling in the architectural program at Washington University in St. Louis, which was the only United States university accepting Japanese nationals at that time. He then studied architecture and urban design at the Cranbrook Academy of Art in Michigan.

His work included the Houston Galleria in Texas and the Japanese American National Museum in Los Angeles.

His father was Japanese painter Chiura Obata. He was raised in San Francisco.

He studied under Eero Saarinen while at Cranbrook Academy of Art.

Gyo Obata Is A Member Of