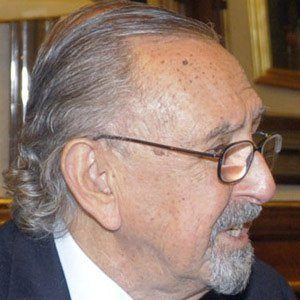 Designer of the World Financial Center next to what is now Ground Zero in downtown Manhattan. He was named one of the 10 most influential living American architects by the American Institute of Architects in 1991. He was awarded the AIA Gold Medal in 1995.

He attended the University of Illinois at Urbana-Champaign. He was first hired by architect Eero Saarinen.

He designed some of the world's tallest buildings, including the Petronas Twin Towers in Malaysia, and most notable urban landmarks.

He and Le Corbusier both became internationally known architects.

Cesar Pelli Is A Member Of