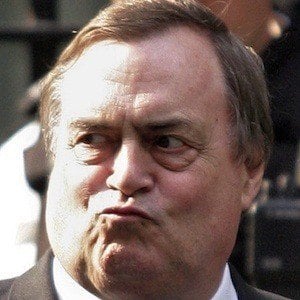 Labour Party politician who served as Deputy Prime Minister for ten years from 1997 to 2007. He served as a Labour Party representative in Parliament from 1970 to 2010.

He was a steward and waiter in the Merchant Navy during World War II but never fought.

He married his wife, Pauline Prescott, in 1961. They had two sons together.

He was a vocal supporter of Prime Minister Gordon Brown as they were both Labour Party representatives.

John Prescott Is A Member Of