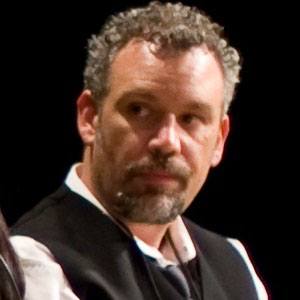 Author of award-winning children's books like Blackout, Wolf! Wolf! and Fu Finds a Way. He is also an accomplished illustrator, having illustrated covers for the popular Percy Jackson & the Olympians book series.

He began drawing seriously in his late teens and studied illustration at the the Rhode Island School of Design as well as the School of Visual Arts in New York City.

His 2012 book Blackout was named Book of the Year by The New York Times.

He married a woman named Aileen, who is also a writer and illustrator. They have a daughter named Alaya.

He is known for his illustration work on Percy Jackson & The Olympians, written by Rick Riordan.

John Rocco Is A Member Of