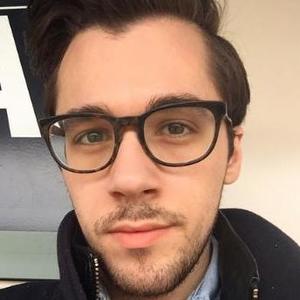 YouTube vlogger who is known for his DudeNeedaEaseOnUp channel's content. He has garnered popularity there for his eclectic blend of vlog entries, which have often included discussions of his personal life, travelogues, and gaming playthroughs.

He has amassed more than 90,000 subscribers to his YouTube channel. One of his most popular videos there, "Kracie - popin' cookin' - たのしいおすしやさん (Sushi)," has earned more than 3 million total views.

He attended the RuPaul Drag Race season 6 finale screening in New York City in May 2016.

John Salomone Is A Member Of