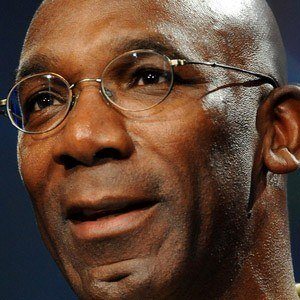 Former NFL wide receiver who played 14 seasons with the Pittsburgh Steelers, from 1974 until 1987.

He attended Alabama A&M University where he studied business.

He was inducted into the Pro Football Hall of Fame in 2002.

His reception of a 75-yard touchdown pass from Terry Bradshaw in Super Bowl XIII helped the Steelers defeat the Dallas Cowboys 35-31.

John Stallworth Is A Member Of