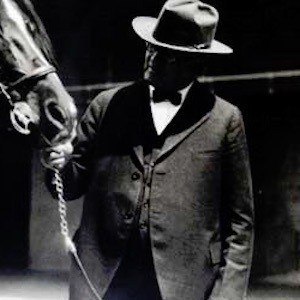 Food manufacturer and entrepreneur who founded the Kellogg Company, a leading distributor of breakfast cereal. He was also a breeder and stable owner of Arabian horses.

He spent his early adulthood years working as a broom salesman and assisting his brother in the administration of the Battle Creek Sanitarium in Michigan.

He became a breeder of Arabian horses in his later life, and he also turned to philanthropy in 1934, founding the Kellogg Foundation.

He was married twice-- to Ella Davis and Carrie Staines-- and fathered four sons and one daughter.

One of Kellogg's Arabian stallions was ridden by actor Rudolph Valentino in the 1926 film, Son of the Sheik.

WK Kellogg Is A Member Of