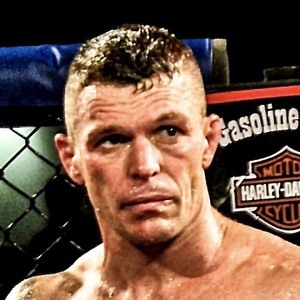 In addition to his vast range of earned Titles, he is also known for having won Fighter of the Year in 2004 by IronLife Magazine as well as Best Farang Fighter in Thailand in 1997.

He married fellow professional kickboxer Angela Rivera-Parr in 2002. They have a daughter named Jasmine together.

He fought against Duane Ludwig at the K-1 World MAX 2004 World Tournament in Tokyo, Japan where he won by unanimous decision.

John Wayne Parr Is A Member Of