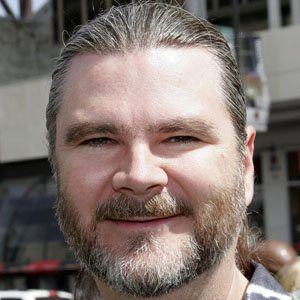 Creator of the Jimmy Neutron series. He also directed the animated film The Ant Bully.

He began dabbling in animation in his childhood, using his parents' 8mm camera to create stop-motion animation. His first film Icharus was done in that way.

He was co-nominated for an Oscar for Jimmy Neutron: Boy Genius in 2001, but lost out to Shrek.

He worked on the Christmas television animated special Olive, the Other Reindeer with Drew Barrymore voicing the title role.

John A. Davis Is A Member Of