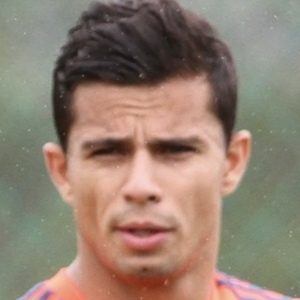 Professional soccer player who is recognized for having played the striker position for the South Korean club Suwon Samsung Bluewings. During the 2017 season he made a total of 29 appearances for the organization.

He made his professional debut for Goiás Esporte Clube in 2009.

In 2017, he was a recipient of the K League Top Scorer Award.

He is originally from Brazil.

He and fellow soccer player Neymar were both born in Brazil.

Johnathan Aparecido da Silva Is A Member Of