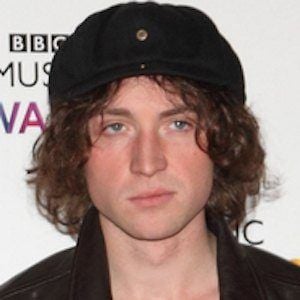 Guitarist who is best known as a member of the Welsh indie rock band Catfish and the Bottlemen. The band has released albums like 2014's The Balcony, which received Platinum status, and toured worldwide.

He joined Catfish and the Bottlemen after Billy Bibby left the band in 2014.

His band earned several nominations at the 2016 NME Awards, including Best Live Band.

He hails from Newcastle, England; although the band originates from Welsh.

He performed with his band on the Late Show with David Letterman in January 2015.

Johnny Bond Is A Member Of