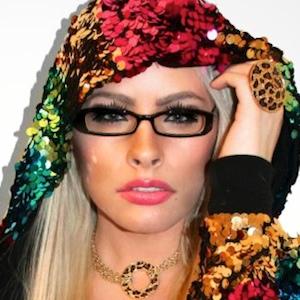 Pop singer and YouTube phenomenon whose first video was aimed at raising awareness about the tolerance of hate at her all boys high school. Her fame skyrocketed following the release of her singles "I'm Just JB" and "Love (Together for All Time)."

She started singing when she was only 6 and first gained notoriety when celebrity blogger Perez Hilton posted one of her most viewed videos. Her stage name became Johnnyboyxo.

Her single "I'm Just JB" was a top 200 iTunes single and her debut EP Trannylicious peaked at #20 on the Top 100 iTunes albums.

She was born in Philadelphia, Pennsylvania and grew up with a younger sister.

Her second EP titled Run outsold artists like Adam Lambert, Britney Spears, and Rihanna when it was released in the Summer of 2010.

Johnnyboyxo Is A Member Of