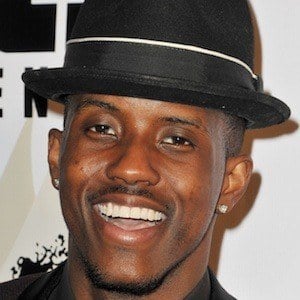 Dancer and choreographer known as JBlaze who's become famous for his work with the likes of Justin Bieber, Jordin Sparks, and Janelle Monae. He's also parlayed his moves into television appearances on shows like Dance on Sunset and Shake It Up!

He started dancing competitively when he was nine years old as part of HIP HOP KIDZ, a dance crew based out of Miami. He soon after moved to Los Angeles to pursue further career opportunities.

He's grown a following through social media, with more than 280,000 followers on Instagram. He also founded a clothing line called M$MD.

He grew with his younger sister Tatiana. He began dating Monica Giavanna Douglas.

He performed at a 2008 tribute to the legendary Smokey Robinson. Justin Bieber tagged him in an Instagram post in November of 2020.

Johnny Erasme Is A Member Of