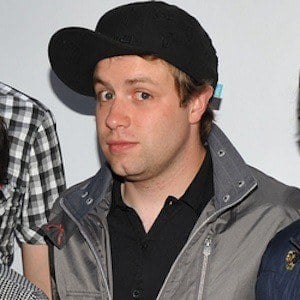 Music producer and former guitarist best known as a member of the now-defunct metal band Attack Attack! Following his departure from the band in 2010, he launched Johnny Franck Productions, an independent record label responsible for recording with bands like Sycamour and Sirena.

He and his fellow Attack Attack! bandmates formed the group in 2006 while they were playing in local high school bands. The following year they began recording music in a local studio and posting the songs to Myspace.

Attack Attack! toured extensively during their career, sharing the stage with popular bands like Escape the Fate and Sleeping with Sirens.

He hails from Westerville, Ohio.

Johnny Franck Is A Member Of