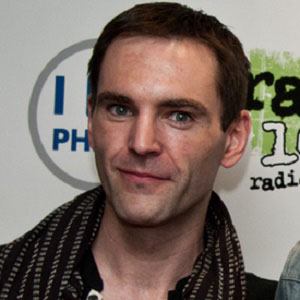 Known for his work with the Scottish and Northern Irish band Snow Patrol, this songwriter, guitarist, vocalist, pianist, and music producer also collaborated with such artists as Ingrid Michaelson, Harry Styles, and Rosi Golan.

Before becoming a member of Snow Patrol, he sang lead vocals and wrote songs for a London-based alternative band called Vega4.

His musical compositions were featured on such popular television series as Pushing Daisies, One Tree Hill, and Grey's Anatomy.

He was born and raised in Derry, Northern Ireland. He got engaged to actress Courteney Cox in 2014; they briefly split in 2015 before rekindling things in April 2016.

Johnny McDaid Is A Member Of