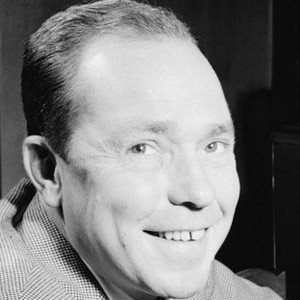 He took a chance and pitched a comic song to Eddie Cantor, who liked it enough to become an early booster of his career.

His first major Hollywood hit was I'm an Old Cowhand from the Rio Grande, which was performed in the 1936 film Rhythm on the Range by Bing Crosby.

He was exposed to blues music at an early age, giving him a unique sound among the primarily white songwriters of his age. He was married to chorus girl Ginger Meehan on June 8, 1931, and the couple had two children together.

His 1941 song One for My Baby (and One More for the Road) and his 1942 song That Old Black Magic were hits for Frank Sinatra.

Johnny Mercer Is A Member Of