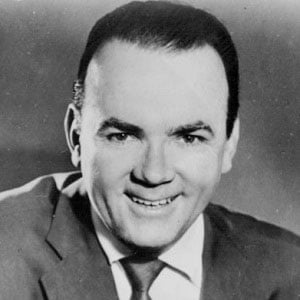 Remembered for hosting the radio program Johnny Olson's Rumpus Room and the television show Doorway to Fame, he is perhaps even better known for his TV announcing work on The Jackie Gleason Show; To Tell the Truth; What's My Line?; The Price is Right; and Match Game.

After working for several Madison, Wisconsin radio stations and briefly attending the University of Minnesota, he relocated to Milwaukee, Wisconsin, and became a star radio personality with the city's WTMJ station.

In the mid 1940s, he was the announcer for a New York musical quiz show called Ladies Be Seated.

He spent his youth in Windom, Minnesota, and later lived in Wisconsin, New York, West Virginia, and California. He died in his mid seventies of a cerebral hemorrhage.

In the late 1950s, he was the announcer for the Merv Griffin game show Play Your Hunch.

Johnny Olson Is A Member Of