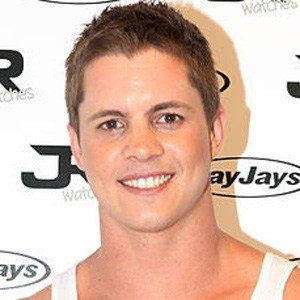 Pop singer who became a finalist on the third season of The X Factor Australia in 2011. He released the debut single "On Top," which peaked at #14 on the ARIA Singles Chart and went certified platinum. He has toured with New Kids on the Block.

He started learning guitar and piano at age twelve and had composed his first song two years later.

Also an actor, he was cast as Chris Harrington on the Australian soap opera Home and Away.

He was born in Balcatta, Western Australia to Jill and Pascoe Ruffo, whom separated when he was still a toddler. He has dating model Tahnee Sims.

He won season twelve of Dancing with the Stars Australia with partner Luda Kroitor.

Johnny Ruffo Is A Member Of