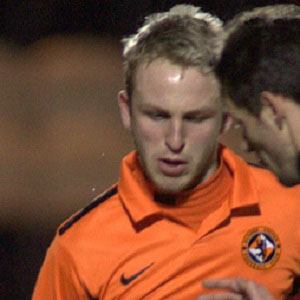 In 2013, Russell became a striker for England's Derby County F.C., having previously played for Dundee United, Forfar Athletic, and the Raith Rovers. Between 2007 and 2013, he scored sixty-one goals, including three with the Scotland U19 and U21 national teams.

He played his youth career for Dundee United from 2003 to 2007 and made his professional debut with the team in a May 2007 match against Falkirk.

In 2014, he made his debut for the senior-level Scotland national soccer team.

He and David Goodwillie were teammates on the Dundee United F.C.

Johnny Russell Is A Member Of