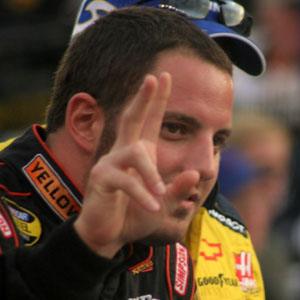 He was the American Speed Association Series champion in 2001.

He won his first NASCAR Nationwide Series race at the 2002 Tropicana Twister 300 at Chicagoland Speedway.

He out-dueled Kyle Busch to earn his third career victory at Martinsville in 2011.

Johnny Sauter Is A Member Of