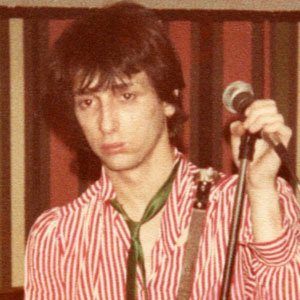 Guitarist for the glam rock band New York Dolls who went on to play with The Heartbreakers.

One of his first performances was with Johnny and the Jaywalkers at a school just around the corner from Carnegie Hall.

His death is shrouded in mystery, as he was found folded up in a ransacked room. He had also struggled with heroin throughout his musical career.

He grew up in Queens, New York. He passed away before his ex-wife Julie and their four children.

Keith Richards was his mentor, both in music and in lifestyle.

Johnny Thunders Is A Member Of