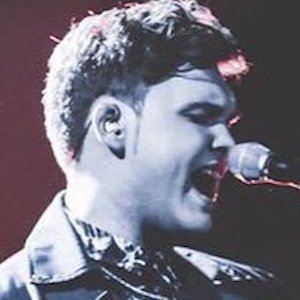 Second place finisher in the fifth series of the UK version of The Voice. He decided to be a part of Team Ricky Wilson on the show.

He first realized his singing ability when he was 4 years old after bringing his grandmother to tears with his voice.

He previously auditioned to be on The Voice UK in series 3 of the show, but failed to make any chairs turn to advance past auditions.

He was inspired to return to The Voice for another go after losing his mother in 2014. His full name is Jolan Gidney-Craigen.

He fell just short of winning The Voice UK to Kevin Simm.

Jolan Is A Member Of