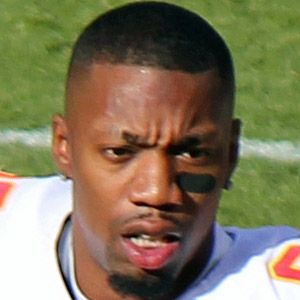 Tall and physically imposing wide receiver who debuted for the Kansas City Chiefs in 2011 and was traded to the San Francisco 49ers in 2013.

He played football for the University of Pittsburgh, where he was a 2009 First Team All-Big East selection.

He was picked in the first round of the 2011 NFL Draft by the Chiefs.

He has a son named Jaden.

Jon Baldwin Is A Member Of