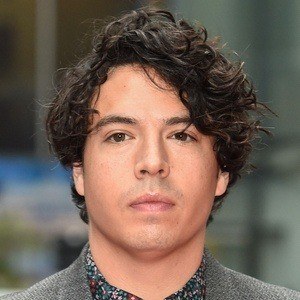 Television star turned blockbuster actor who first became known for his portrayal of Del in Big Time in Hollywood, FL. He would later join the cast of 2017's Baywatch and began starring on Doom Patrol in 2019.

He began his professional acting career on Broadway replacing Josh Gad as Elder Cunningham in The Book of Mormon.

He has guest starred on a number of popular television shows including Girls, The Newsroom, and American Horror Story.

He grew up in Bellaire Texas and was raised Jewish. He graduated from Boston University in 2011.

In 2016, he joined Ruth Negga and Joel Edgerton in the acclaimed film Loving.

Jon Bass Is A Member Of