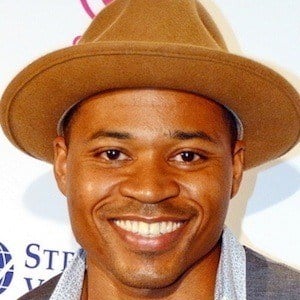 Film and television actor most well known for originating the character Warlock in the series The Haves and the Have Nots.

During high school, he held starring roles on several school productions of Othello, Oedipus Rex, and the like. After graduation, he went on to earn a B.A. in mass communications from Fort Valley State University.

Originally born in Long Island, New York, he moved to Stone Mountain, Georgia at the age of five. Into adulthood, he settled in Los Angeles, California.

In The Haves and the Have Nots, he stars alongside John Schneider and Tika Sumpter.

Jon Chaffin Is A Member Of