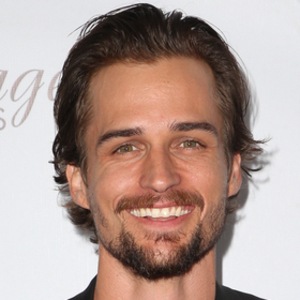 He earned his first acting role in 2010 in the television series Niña de mi corazón.

He earned a guest role in the 2015 Netflix series Narcos as The Lion.

He is the son of actors Guy Ecker and Nia Peeples.

Jon Ecker Is A Member Of