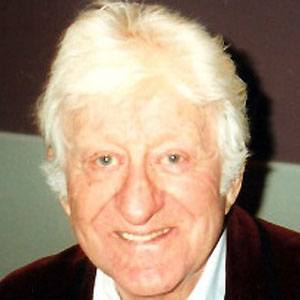 English actor, best known as the third incarnation of the Doctor in the series, Dr. Who.

He studied at the Royal Academy of Dramatic Art, but was expelled, and later was an officer in the Royal Navy.

He was also recognized for his comedic role of the Worzel Gummidge television series.

He married his second wife, Ingeborg Rhosea, in 1960. They had two children together and remained married until his death.

He was one of many incarnations of The Doctor that followed William Hartnell in the original Dr. Who series.

Jon Pertwee Is A Member Of