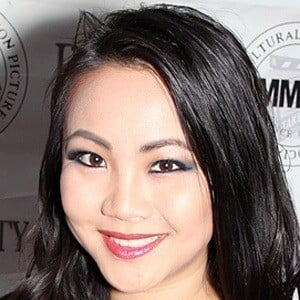 Television and movie actress who rose to fame for her role as Julie in the AMC series Halt and Catch Fire. Her popularity grew as she took on roles in the films Spider-Man: Homecoming, Gifted and Keeping Up with the Joneses.

One of her earliest roles came in 2009 when she appeared in an episode of The Forgotten.

She founded the program Career ACTivate which helps up-and-coming actors get a start in their career.

Though she was born in Changsha, China she grew up in St. Louis, Missouri.

She had a recurring role in the fourth season of the BET series Being Mary Jane which stars Gabrielle Union.

Jona Xiao Is A Member Of