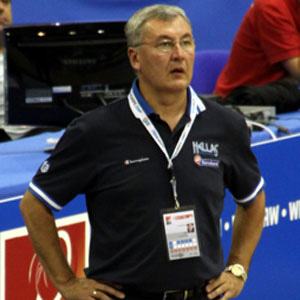 Former basketball player turned coach, who was named the Lithuania Coach of the Year with Lietuvos Rytas Vilnius in 2002.

He played 12 seasons on Stayba Vilnius before retiring in 1985.

He led Zalgiris Kaunas to an impressive five consecutive LKL Championships from 1995 to 1999.

He has two daughters, Jurgita and Migle, with wife Otilija Kazlauskas.

He has coached Zydrunas Ilgauskas on Lithuania's national basketball team.

Jonas Kazlauskas Is A Member Of