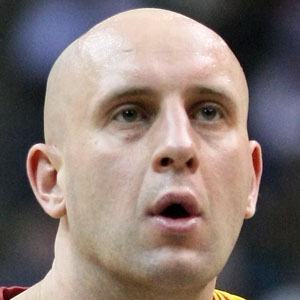 Retired Lithuanian center was named to two All-Star teams during his 15-season NBA career, spent mostly with the Cleveland Cavaliers.

He played two seasons in Lithuania's Atletas Kaunas before making his NBA debut with the Cavaliers in 1996.

He became a front office assistant for the Cavaliers after playing the majority of his career with the organization.

He married Jennifer Ilgauskas in 2004; the couple adopted two sons.

He was teammates with LeBron James on the Cleveland Cavaliers and the Miami Heat.

Zydrunas Ilgauskas Is A Member Of