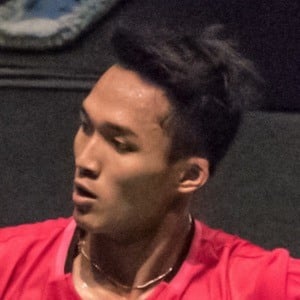 Badminton star who has been ranked as the top men's singles player in Indonesia during his illustrious career. He has earned first-place at multiple Badminton Asia Team Championships and Southeast Asian Games tournaments.

He won his first international senior title when he was 15 years old.

He was featured in the badminton drama film King (2009).

He has a brother named Ivan.

He has been teammates with Mohammad Ahsan on the Indonesian national team.

Jonatan Christie Is A Member Of