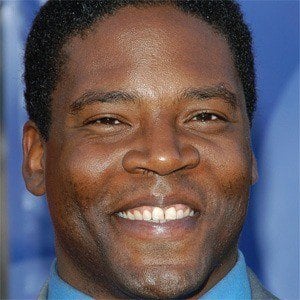 American actor and voice actor who played the role of Henry Walker in the television series American Dreams.

He played one of his first roles as Jorell in the 1993 film Heartstopper.

He spent four years from 1996 until 2000 playing various roles in productions at the Oregon Shakespeare Festival.

He married Monica Farrell and they have a child.

He co-starred with Tamara Taylor on the television series Bones.