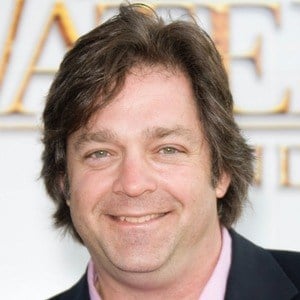 Actor, director and musician who played the role of Walter Nichols in Nickelodeon's Drake & Josh.

He was the lead vocalist in New York bands such as The Shakers and The Garage Ensemble.

He married producer Emily Condon in 2015. They welcomed a son in December 2016.

He was featured in the movie Teacher of the Year alongside Keegan-Michael Key.

Jonathan Goldstein Is A Member Of