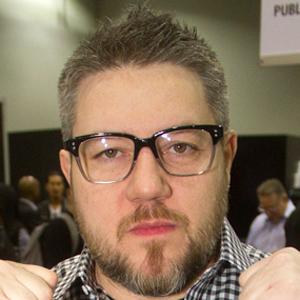 New York based photographer who found success shooting photographs for the cover of over 300 music albums. In 2015 he teamed up with Dr. Dre working on his campaign Straight Outta Somewhere.

He graduated from Kenyon College.

He has featured his work on his Instagram where he has amassed more than 140,000 followers.

Coming from an artistic background he was born to two artists in Ohio.

Subjects of his work have been prominent rappers like Jay-Z, Dr. Dre and Public Enemy.

Jonathan Mannion Is A Member Of