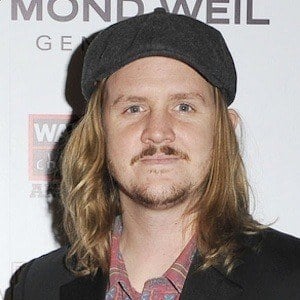 Bassist most famous for being a founding member of the Australian indie rock act The Temper Trap. He and the band are the creative minds behind platinum-selling singles like "Sweet Disposition," "Fader" and "Trembling Hands."

He met future Temper Trap singer Dougy Mandagi in 1999. He formed the band, which was then a trio, in 2005.

His song "Sweet Disposition" won an ARIA Music Award for Most Popular Australian Single in 2010.

His band signed to Liberation Music, the label founded by Michael Gudinski, in 2006.

Jonathon Aherne Is A Member Of