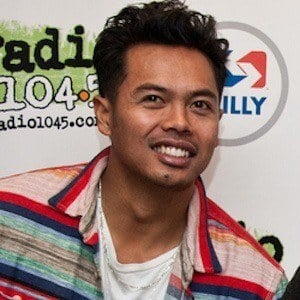 Known as the lead singer of the Australian indie rock band The Temper Trap. He was part of the group's initial formation as an indie pop group in 2005. In June 2012, he and his bandmates released their second, eponymous full length album.

Prior to his time in The Temper Trap, he was a street performer in Melbourne in the late 1990s. He subsequently worked in retail during the early 2000s. These experiences led to his meeting Temper Trap's bassist, Jonathan Aherne, and the drummer Toby Dundas.

In 2012, he was the only band member to appear in the group's music video for their single "Trembling Hands." In February 2016, he and his bandmates released their first single in 4 years called "Thick as Thieves."

He was born in Manado, Indonesia, and subsequently raised in Melbourne, Victoria, Australia.

He and his The Temper Trap bandmates played alongside Gary Clark, Jr. in support of a Rolling Stones concert in Sydney in July 2013.

Dougy Mandagi Is A Member Of