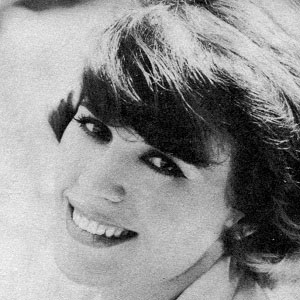 Born Giovanna Carmella Babbo and better known by her stage name Joni James, this popular singer of the 1950s and early 1960s is famous for her Billboard Top 10 singles "Have You Heard?," "Why Don't You Believe Me?," and "How Important Can It Be?"

She studied dance and vocal music during her high school years and began her entertainment career as a performer at Chicago's Edgewater Beach Hotel.

She was the first American-born artist to record at the famous Abbey Road Studios in London, England.

Her marriage to musician Tony Acquaviva lasted from the mid-1950s until his death in the mid-1980s. Her second marriage, to retired military officer Bernard Adolph Schriever, began in 1997 and ended with Schriever's death in 2005.

She scored a major hit with her 1953 cover of the Hank Williams Sr. track "Your Cheatin' Heart."

Joni James Is A Member Of