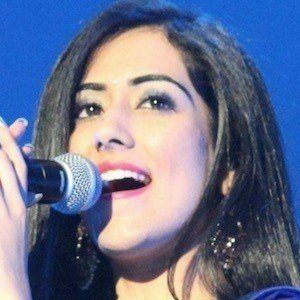 She started singing when she was four years old. She attended Western Ontario University, where she studied business.

She's also gained popularity on social media, with more than 1.2 million Instagram followers and 700,000 YouTube subscribers. She appeared on MTV Coke Studio in 2013.

She grew up in Toronto, having moved there shortly after being born in India.

Jonita Gandhi Is A Member Of