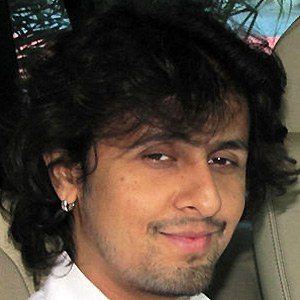 Award-winning Indian playback singer who has provided music for over 300 Hindi films, including Love in Nepal.

He started performing with his father on stage at age three. He integrated himself into the Bollywood industry at the age of nineteen.

He is a two-time winner of the Filmfare Best Male Playback Singer Award, winning the award in 2002 and 2003.

He married Madhurima in February 2002. The couple has a son named Nevaan.

He was the playback singer for 3 Idiots in 2009, which starred Aamir Khan .

Sonu Nigam Is A Member Of