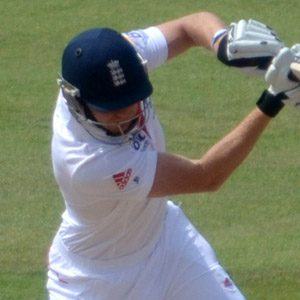 English wicket-keeper batsman who joined Yorkshire in 2009 and became a competitor on the English national team.

He scored 654 runs with an average of 218 while playing for St. Peter's School, York.

He made his Test debut for England on May 17, 2012 against West Indies.

He was born in Bradford, England and his brothers David and Andrew also became professional cricketers.

He was teammates with Matthew Hoggard on Yorkshire in 2009.

Jonny Bairstow Is A Member Of