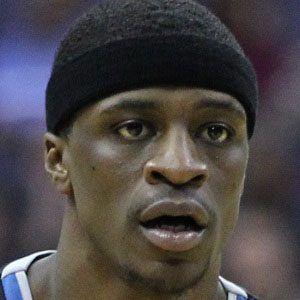 Guard who spent two years at Syracuse University then went on to play in the NBA for the Minnesota Timberwolves, Houston Rockets and Portland Trail Blazers from 2009 to 2012. He was the sixth overall pick of the 2009 NBA Draft and his short-lived NBA career led many to consider him one of the biggest NBA busts of his era.

Entering Syracuse in 2007, he scored a record 28 points in his very first game; and he matched that total in March the following year on his way to a Big East Rookie of the Year title.

In 2012, he went to play in the Australian National Basketball League with the Melbourne Tigers. After a year with Melbourne, he moved on to Italy to play for Orlandina Basket.

He was born in Niagara Falls, New York.

His 28 points in a freshman debut broke a record set by Carmelo Anthony.

Jonny Flynn Is A Member Of