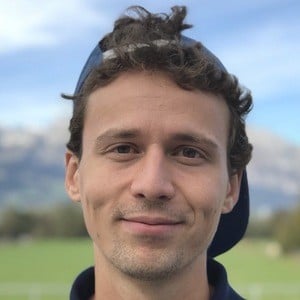 Professional skateboarder sponsored by brands like Revive Skateboards, Force Wheels, and Shorty's Hardware. He has also grown incredibly popular on Instagram, with more than 340,000 followers, posting short videos of tricks.

He opened his YouTube channel in June 2011 with the unique debut video "STOP MOTION SKATEBOARDING."

His self-titled YouTube channel has gained more than 490,000 subscribers for his trick demonstrations and how-to videos.

He has often posted photos of himself alongside Lea Turbo.

He faced off against fellow skateboarder Paul Rodriguez at Battle at the Berrics in 2014.

Jonny Giger Is A Member Of